So first time using solvents. It was used to especially blur the background but to also blend the flower.

I grabbed some pencils based on the tutorial listing, considering differences prismacolor, vs. luminance and what options I had available, and also with the exception that I decided to make blue background.

I did not look at the reference painting after sketching the outlines. I mainly just drew along with the video, so final piece is not that accurate 😀 I mainly aimed to practice the technique. (just one screen to look at the video)

This was a nice practice, experiment to make more ‘painterly’ work with pencils. However, as solvents are involved, not sure I will do this that often and perhaps instead stick to the mixed media combination of watercolor base and details with pencil.

I used in pencil some toilet paper and the two old brushes for blending (more shorter and stiff bristle would have been better to blend especially around the petal edges with more accuracy). 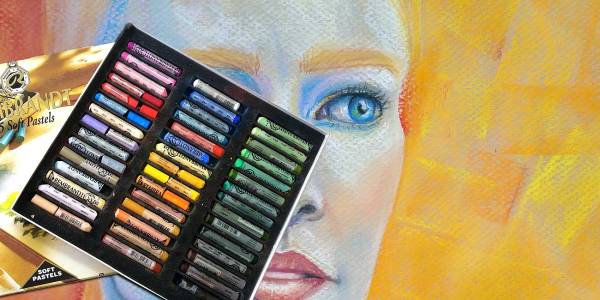